Yes, I want in!
You are here: Home / Recipes / Marmalade Sticky Sausages One Pan Traybake
Jump to Recipe

A quick and easy family dinner, this Marmalade Sticky Sausages One Pan Traybake is simple and tasty. Using marmalade to add sweetness, the kids will love it! 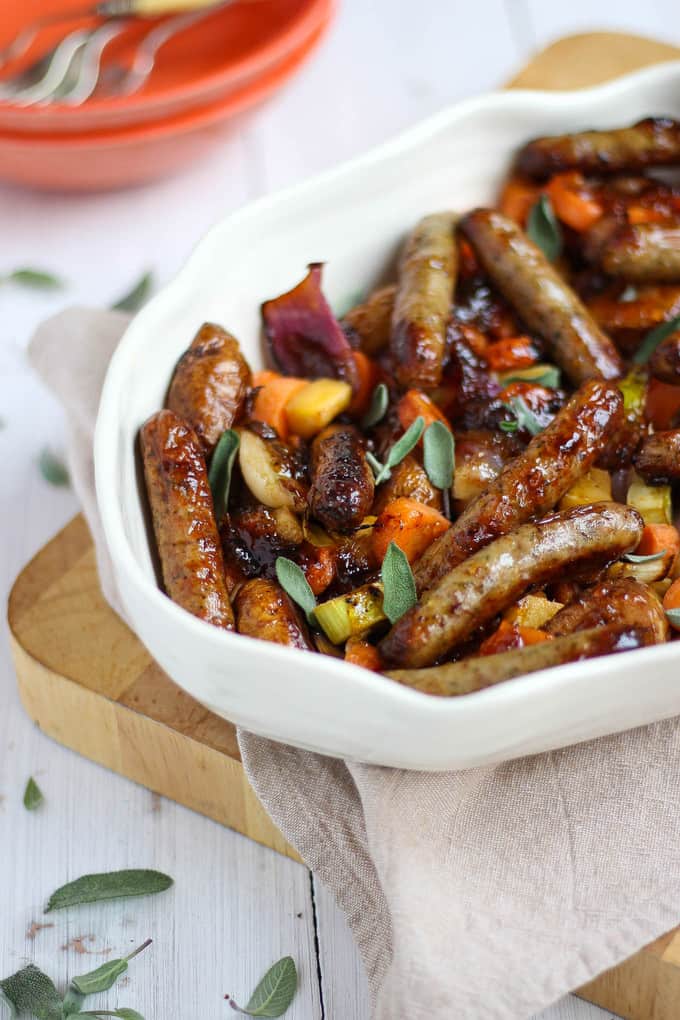 When I first started weaning with G&H I was adamant that they would be little foodie fans, like us. They would eat everything and try new things and blah blah. Famous first mother words ‘eh?

Generally they are pretty good. I think having them together probably helped, because even if one randomly decided that they didn’t like something (“No Mummy, today NO WHITE THINGS”) it would still appear on their plate as I’d be preparing it for their sibling. They like most fruit and vegetables but if something looks a bit new, it is eyed with much suspicion. 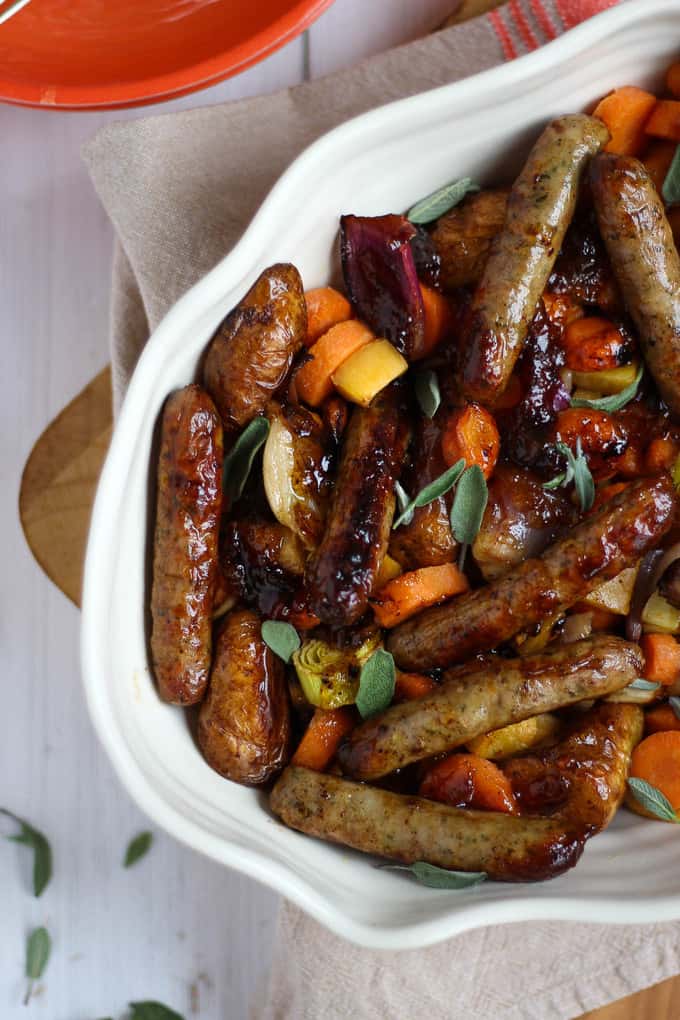 There is though, one never ever fail dish. Sausages.

They will eat them come rain or shine, morning or evening. I’ve tried to limit their intake ever so slightly so we do have some variety (!) but mostly, they are on our menu plan once a week.

In this Marmalade Sticky Sausages Bake I’ve kept things simple. Perfect for after school dinner, when it’s cold and grey and comfort food that can be popped into the oven is required. This also makes a delicious leftovers lunch the next day.

What food will your children always eat, without fail?

How to make the Marmalade Sticky Sausages Bake:

A quick and easy family dinner, this Marmalade Sticky Sausages One Pan Traybake is simple and tasty. Using marmalade to add sweetness, the kids will love it!