Quick Cinnamon Rolls. The easiest ever Cinnamon Buns. No kneading, no yeast, no waiting, no proving. Make them on the morning you want to eat them, ready for the best breakfast or brunch ever! 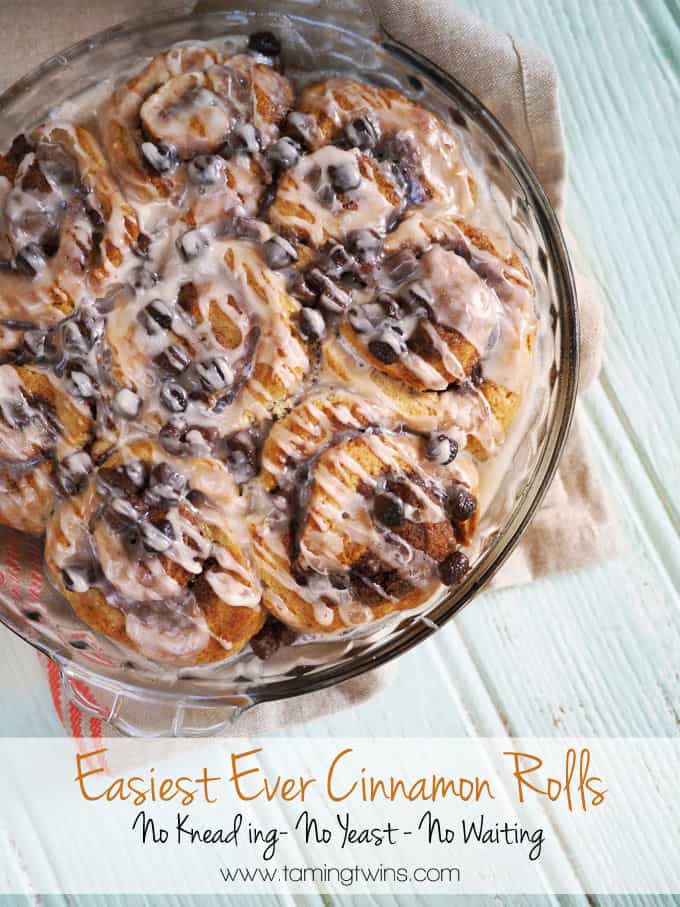 Weekday mornings here are always a bit chaotic. Lost shoes to be found and packed lunches to make, I have to really remind myself to eat something (or drink a smoothie). So, at the weekend, I love to make up for it. An amazing breakfast or brunch on Saturday really makes me feel like the weekend has arrive. These super quick Cinnamon Rolls are the ultimate in breakfast indulgence.

Now, I know I’m cutting back a bit at the moment, but Christmas (sorry, I said it already) is on the horizon and these would make the perfect festive brunch dish. No kneading and no waiting for yeast to do it’s stuff. The smell of cinnamon wafting through the house in the morning? That my friends, is the stuff Christmas dreams are made of. 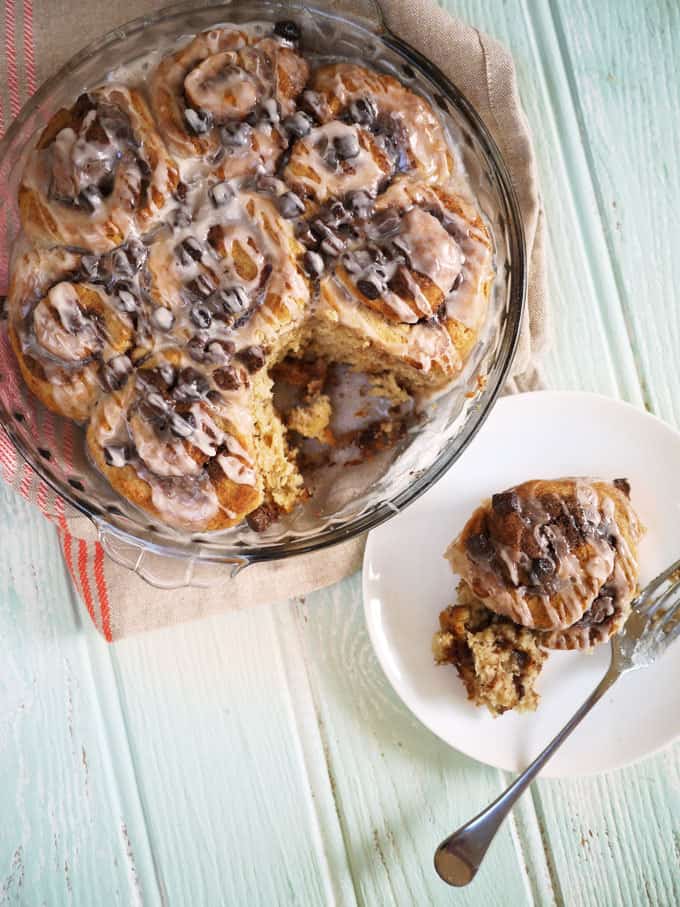 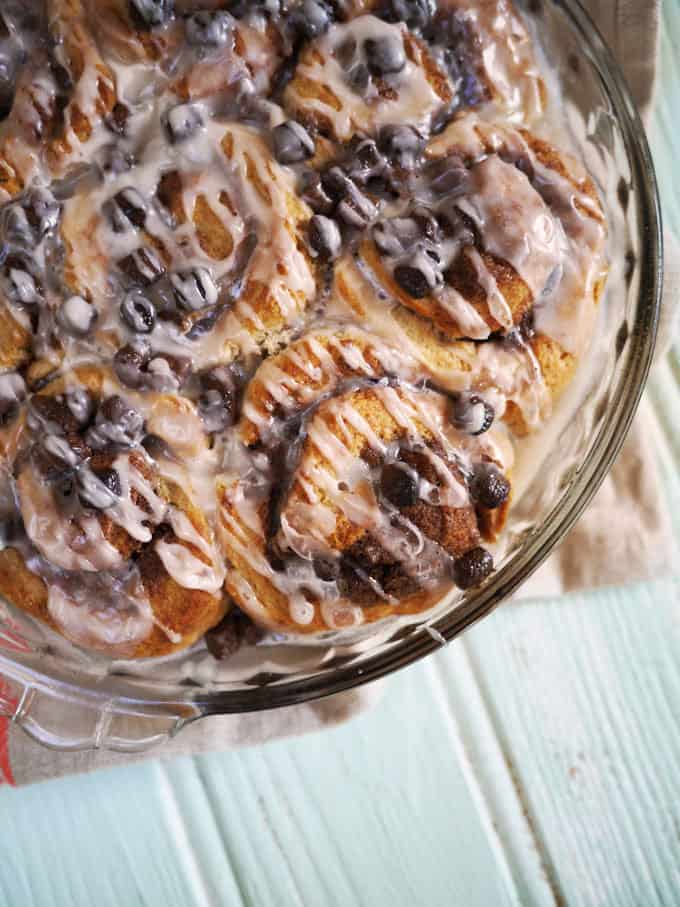 If you’ve ever taste proper, real life cinnamon rolls (or cinnamon buns) in the USA, they are lighter that these. These quick Cinnamon Rolls are much more cake like, but I’m all about the shortcuts in the morning, so I’m willing to sacrifice some of that texture for speed.

We added chocolate chips on top (as the children love them) you could also add cranberries or raisins.

I don’t line the pan for these buns, I serve them straight from the dish. Yes you’ll spend two or three more minutes washing up, but those crunchy, slightly stuck to the pan bits at the bottom as the best bit as far as I’m concerned. 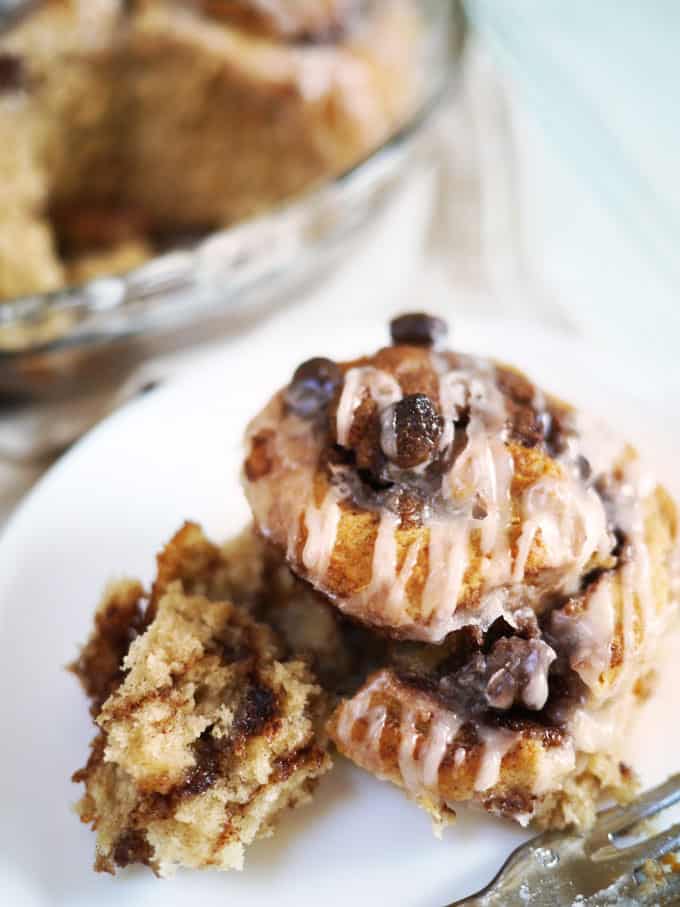 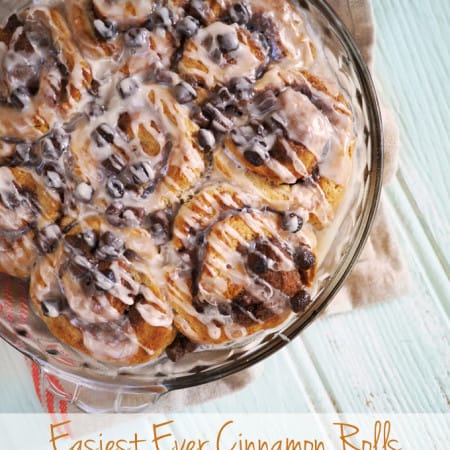 Quick Cinnamon Rolls. The easiest ever Cinnamon Buns. No kneading, no yeast, no waiting, no proving. Make them on the morning you want to eat them, ready for the best breakfast or brunch ever!

Adapted from a recipe here.

Pin it for later..

What’s your favourite breakfast dish? Are you with me on the need for a festive breakfast or do you save yourself for the main (turkey) event?