Yes, I want in!
You are here: Home / Recipes / Funfetti Bundt Cake Recipe
Jump to Recipe

This Funfetti Bundt Cake topped with White Chocolate Ganache (and even more sprinkles) is crunchy on the outside and has a delicious texture when cut. It’s oh so pretty to look at but simply to make. 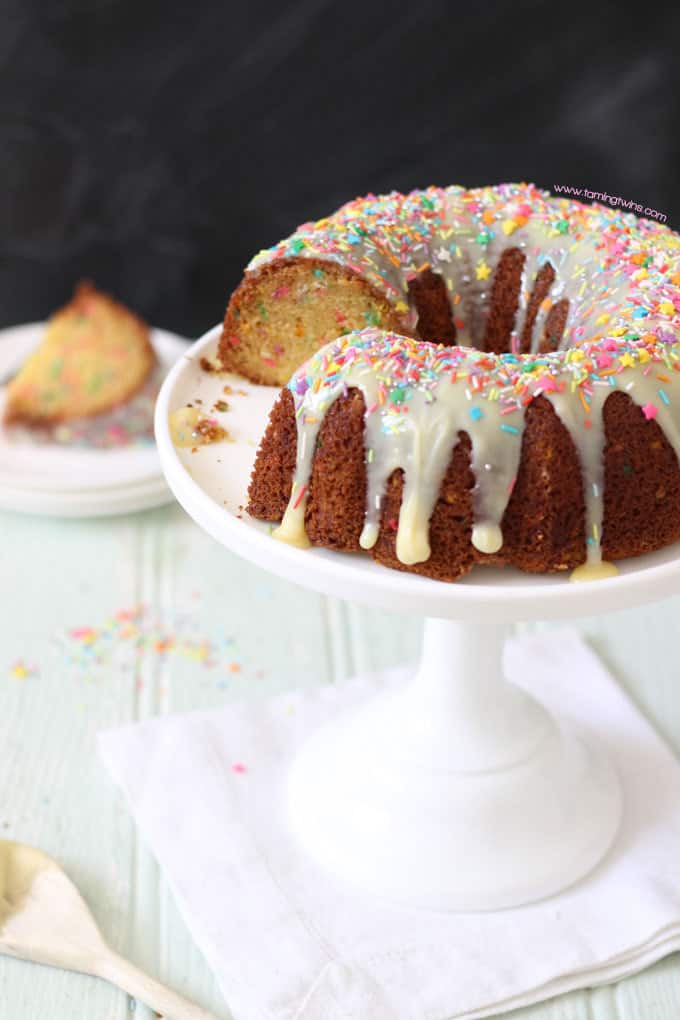 Sometimes, a recipe just, kind of happens. Often the recipes you read from me here are things I’ve been making, around and about, somehow for years and years. It’s only when I decide to actually post them that I try and pin down how I make them. I wonder how I measure ‘add a big glug until it looks about right’ or ‘chop until it’s almost squishy but not quite’. These are the thoughts that go through the mind of a fly-by-the-seat-of-my-pants intuitive cook.

But baking, baking’s a bit different. Baking doesn’t tend to ‘just happen’. Baking is a science and a balance and not something for messing around with. Most of my cake recipes are some kind of variation on a basic sponge mixture (equal weights) but for a while, I’ve been trying to come up with a different kind of cake. Something a bit more sturdy, that will last well and stand on it’s own without too much decoration.

As it wasn’t going to have too much icing, it would need to be a sweeter sponge and a decorative tin would be called for to add that certain oomph. 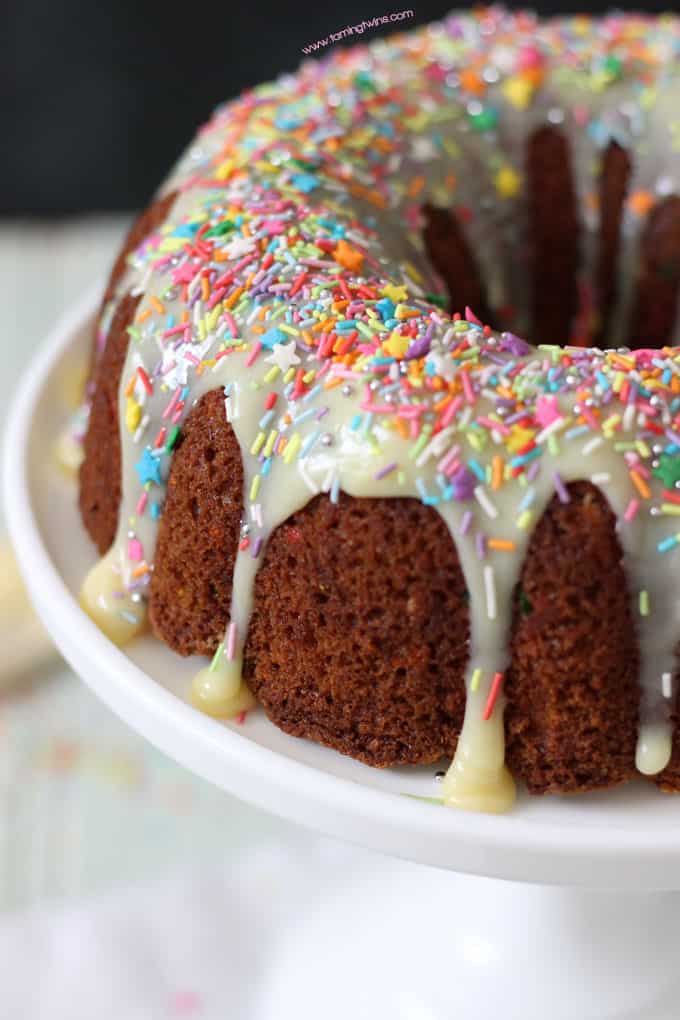 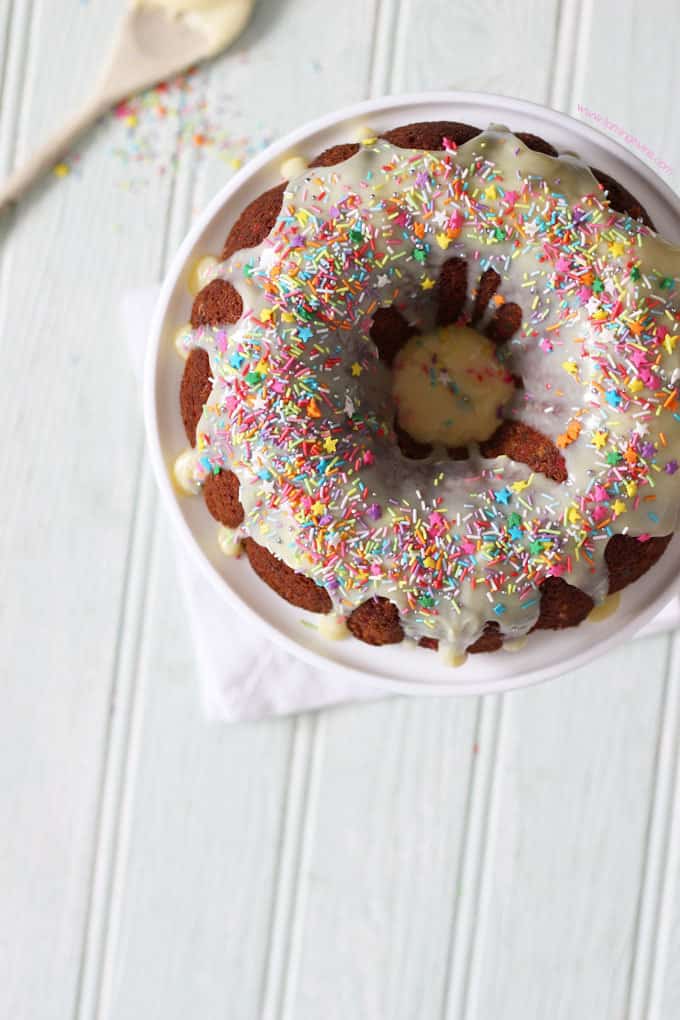 And so, the story of this cake. This cake my friends, did not ‘just happen’. I’ve made this cake 7 times in the last few weeks. My husband says that if he sees another bundt cake he might throw it out of the window.

It’s been too greasy or too browned or the ganache was too runny and a few other problems in between. Honestly? I’m still not quite there but I thought I’d share this with you as a bit of a work in progress. This recipe is good and I’d happily make one each week, but it’s not quite perfect. It’s golden, crumbly, with the crunchy fun of the sprinkles inside and on top. The ganache makes you want to dip in chunks of fallen cake and mop it up with your fingers. But something, is just not quite perfect, just not quite what I was actually trying to make.

Anyway, I’m embracing the Japanese concept of wabi-sabi (the beauty and acceptance of imperfection, isn’t that a wonderful idea to adopt in life in general?) and so, here is my Funfetti Bundt Cake with White Chocolate Ganache. I hope you enjoy it as much as I have enjoyed testing them. 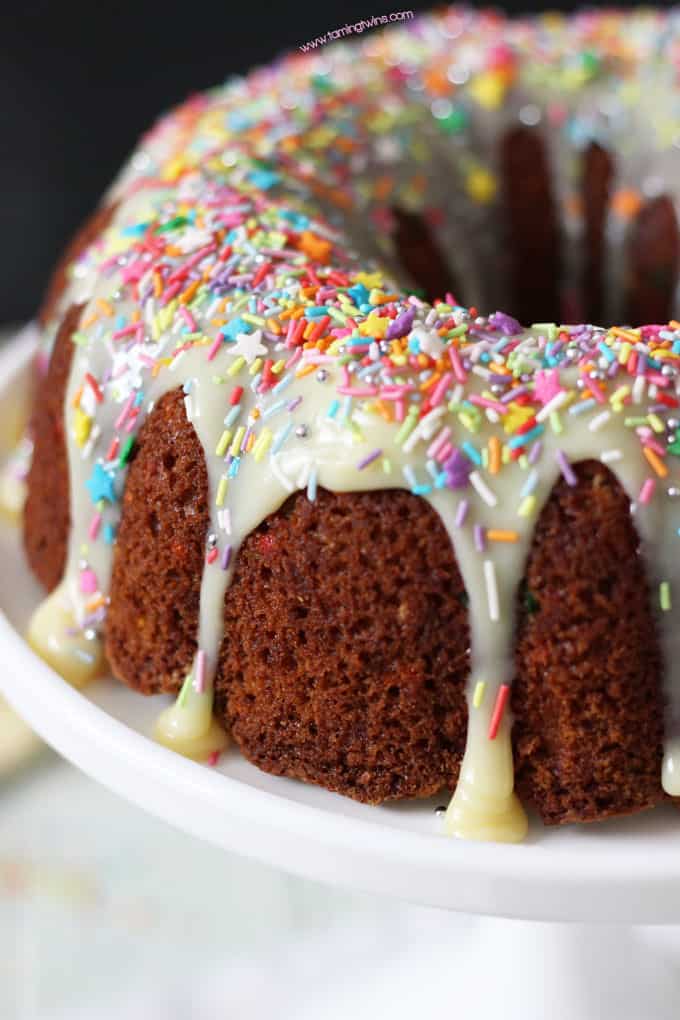 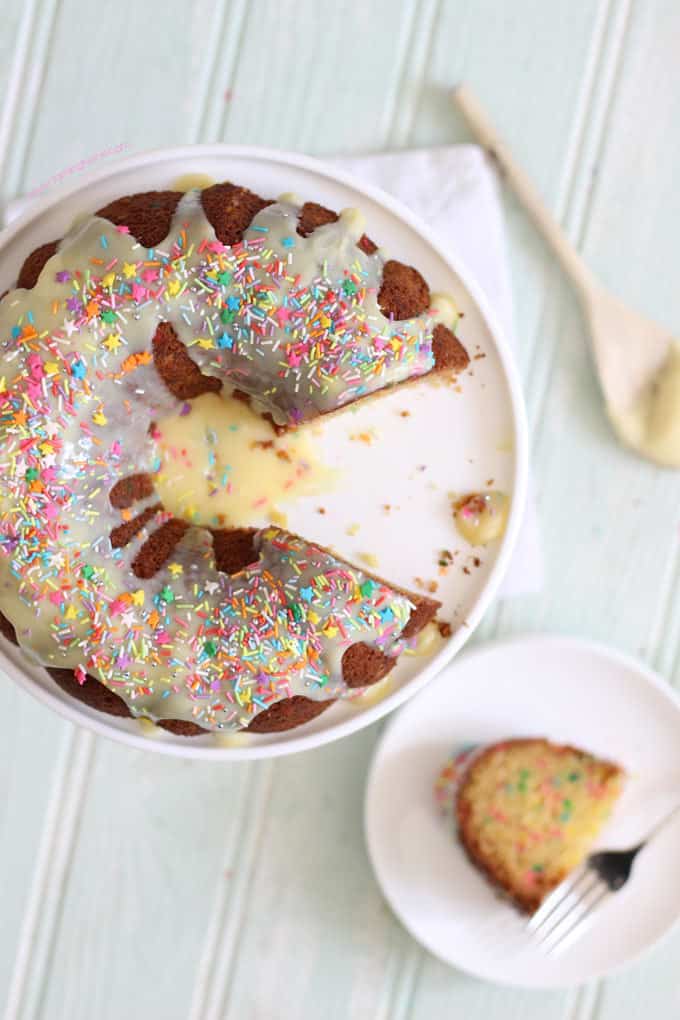 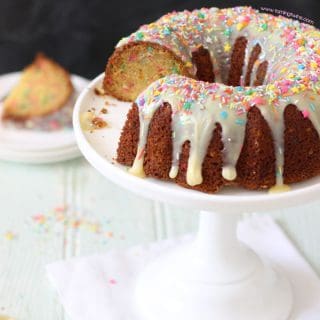 A great fun bundt cake for any family occassion 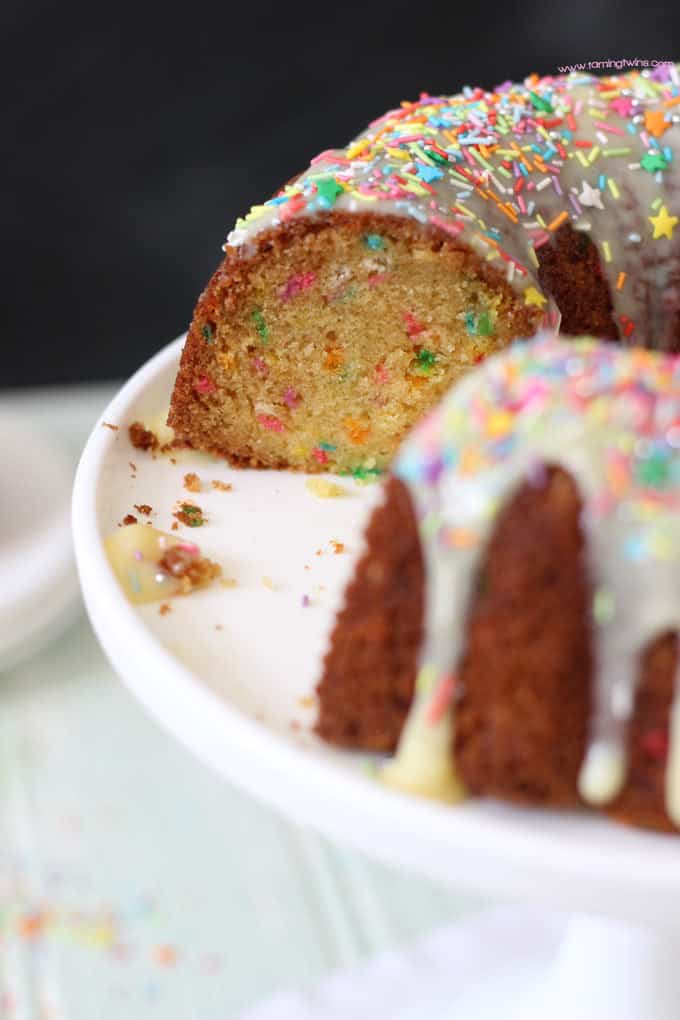 What’s your wabi-sabi moment in life, a perfectly imperfect work in progress?